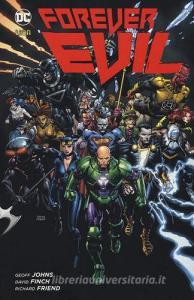 Forever Evil may be a letdown, but it is a sincere and worthwhile attempt, given the resources at hand." The film was not without its supporters. Drew Beard fromHorrorNews.net called it "[an] enjoyably awful mid-80s low-budget horror", stating that, although its varied performances, cliched story, poor direction, special effects, and pacing